As seen for over ten years in Ireland’s premier venues:

“Such extraordinary generosity (of their time) and kindness shown, is truly remarkable”
– Public Statement by Michael D. Higgins at GPO Dublin.

Creating a storm around the country, Ireland’s Most Popular Trio, The Three Tenors Ireland – have been the only Irish trio act to perform annually for the past five years in such prestigious venues as the National Concert Hall Dublin (with important fan President of Ireland Michael  D. Higgins attending), Cork Opera House, Dublin Castle, and recent  sell-outs in Belfast Lyric Theatre. The trio has regularly appeared on BBC and RTE.

Ireland’s favourite trio, Kenneth, Paul, and Kevin, provide the ‘feel-good factor’ promising a fabulous night to remember!  This thrilling fast-moving concert features a Classic-Mix packed with the most beautiful contemporary, uplifting songs, and best of Irish folk –something for everyone!

Their versatile programme is truly packed with the world’s most uplifting numbers!

The passion and feeling in their songs is truly amazing and can even be emotional.

Their noted friendliness & connection with their audience makes this a unique ‘up-close & personal’ concert.

Hailed as ‘Ireland’s Greatest Voices’ the group were selected by Irish Government to headline 1916 Centenary State Reception in Dublin Castle, Easter Sunday March 2016 for 3000 guests from around the world and were also selected for important Government events in Mansion House from 2018.

In 2012, ‘The Three Tenors Ireland’ performed for the 50th International Eucharistic Congress in the RDS and in Croke Park Stadium.  They are the only trio performing annually in Ireland’s premier venues- National Concert Hall, Cork Opera House, Belfast Lyric, and have performed in Cathedrals in Armagh, Galway & ChristChurch Dublin.

In 2013, the trio headlined the sell-out European Premiere for the film “Lincoln” sharing the stage with leading stars –Sinead O’Connor, Shane McGowan and Chris De Burgh. Among the attendance were Hollywood stars Daniel Day Lewis, Steven Spielberg and Sally Field (who all singled out the trio requesting to meet them after performance & are currently big fans).

With their superb voices and friendly down-to-earth approach, combined with an eclectic mix of songs from Pavarotti to The Dubliners, this talented trio never disappoint.

‘’I would recommend this wonderful concert to anyone–the most delicious box of chocolates your ears could ever have.  Stunning Vocal Performance’’ – New York Times

As seen and heard on: 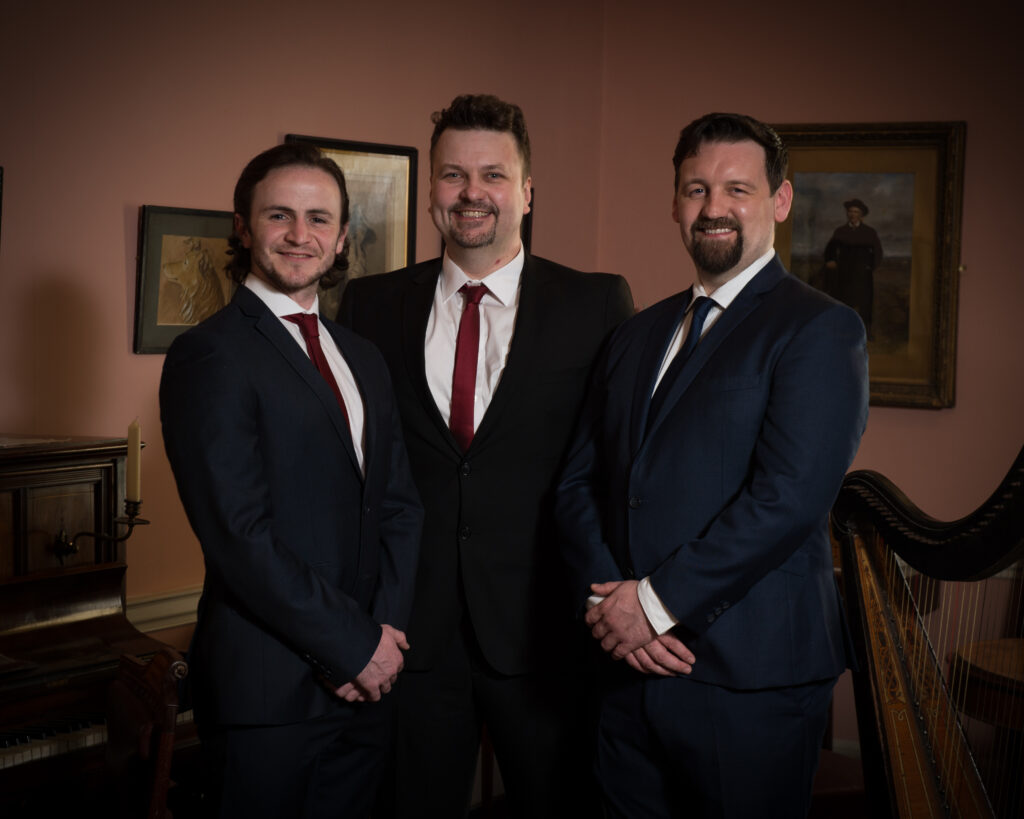